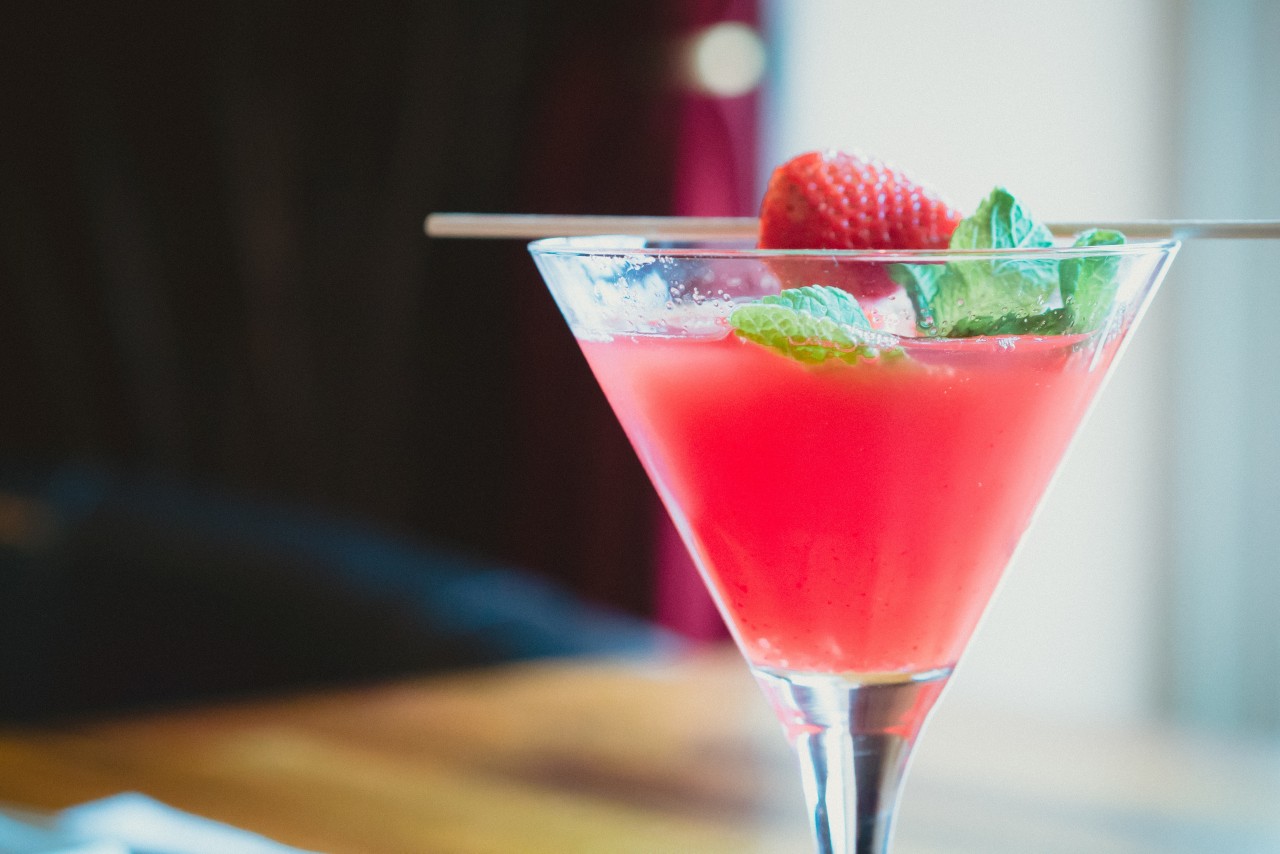 "Take Trip South" was the mnemonic that I learned some years ago in Bartending School as the recipe for preparing a Margarita. The first "T" stands for the ounce or two of tequila that is used for the drink's base (depending upon how strong you like your drink). The second "T" represents the ounce or half ounce of Triple Sec (Cointreau or Grand Marnier, if you prefer top-shelf brands) that is then added to the alcohol. Finally, the "S" stands for the ounce or two of Sour Mix that is needed to complete the cocktail. After shaking the concoction over ice and pouring it into a salt-rimmed rocks or margarita glass filled with ice, you now have yourself a perfect margarita. (To make a really tasty one, I suggest you try replacing the Sour Mix with freshly squeezed lemon and lime juices. Believe it or not, I recently tried one that included Jameson's whisky in the mix, and it was dee-li-cious! But, that's where the problem comes in.

Sometime ago, I was working at a Mixin' Mimi event and noticed that one of the bartenders whom I hired to help work the event was serving her margaritas without ice. I discussed the matter with her and she stated that she was taught that not all margaritas were served with ice. She stated that if the margarita was served straight-up in a margarita glass, ice was not needed; that it should be served just like a martini. But, if the drink was served in a short (rocks) glass, then it was served over ice. I had never heard of such nonsense! Just like the martini that she mentioned, I found myself caught up in a James Bondesque controversy ( . . . shaken, not stirred). But, that's another issue. Sorry, I digressed. Back to the story. I've always prepared and enjoyed my margaritas served over ice, despite whatever glass is used. Because she was adamant about her margarita preparation, I kindly asked her to serve them the Mixin' Mimi way—over ice. Later, I decided to do some research and query other bartenders about how they prepare their margaritas and here's what I discovered.

First of all, the margarita is a very controversial drink. It has a varied history. Although, the drink is associated with Mexico, there are a slew of stories as to where the drink first originated and who actually invented and popularized it. Among the most popular of the tales, Carlos "Danny" Herrera is credited with the invention of the margarita at his Tijuana-based restaurant Rancho La Gloria. According to the legend, he created the drink for a customer who was allergic to most spirits, except tequila. Another one is that in 1941, Don Carlos Orozco invented it in his cantina in Ensenda, Mexico, for a German ambassador's daughter named Margarita Henkel. Or, that a Dallas socialite named Margarita Sames invented it in her vacation home in Acapulco. Some say that "Margarita" is Spanish for "daisy". Somewhere in this myriad of tales, Tommy Hilton got his hands on the recipe and started offering it at his Hilton chain of hotels. Of all of the stories, most credit the invention of the cocktail, somewhere in Mexico.

Out of all of the tequila-based drinks, the margarita is the most popular. Margaritas are the fifth most popular cocktail served worldwide. In the U.S., and amongst women, it is the most popular ordered drink. Back to the "with or without ice" controversy. Wikipedia actually says that the margarita is served "straight up", without ice. OMG! Say it isn't so. That pushy, female bartender was actually right. I continued searching and found that to serve a margarita over ice is a matter of preference. My survey of other bartenders came down to a 50/50 split. Some follow the straight up without ice formula and some don't. Personally, I prefer mine served over ice—period! I'm also a big fan of frozen Margaritas—strawberry and mango flavors are excellent choices. How about you? How do you like your Margaritas served—with or without ice? Let me know by sending in some of your favorite margarita recipes. Who knows, your recipe just might make it on the next Mixin' Mimi custom drink menu list for my next event. In the meantime, Feliz Cinco de Mayo! Serving up the art you can taste.