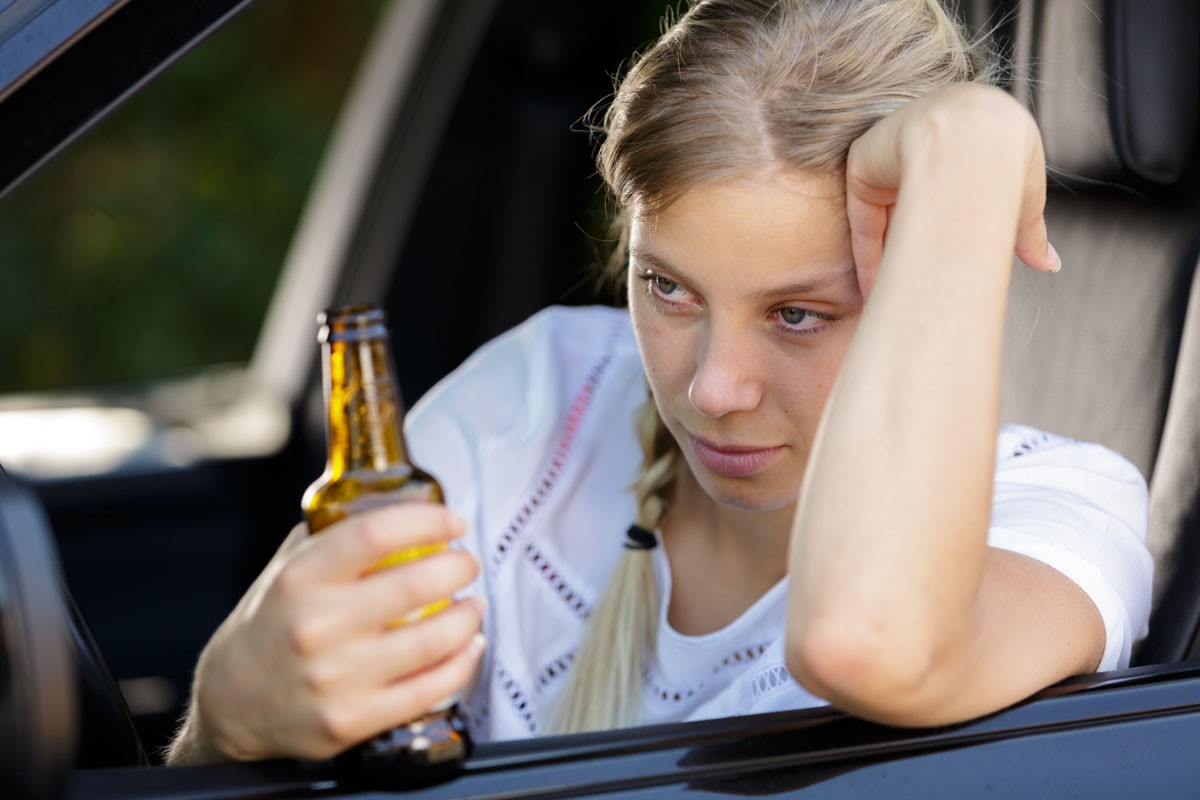 "DON'T START THE CAR IF YOU'RE NOT UP TO PAR" 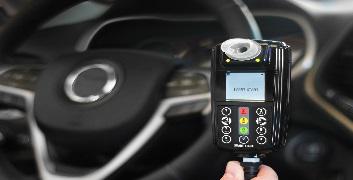 "License and registration . . . " are words no one ever wants to hear; or glance into the rearview and notice bright lights flashing, signaling you to pull over to the side of the road; or worse . . . being rushed to the emergency room due to an alcohol or drug-related car accident. Unfortunately, scenes like these are common during this time of the year. Binge drinking and impaired driving can be a lethal combination, especially if you factor in the inclement weather prevalent in most places throughout the U.S. during this wintry season. Thanksgiving through New Year's Day is dubbed "the most deadliest and most dangerous times on America's roadways due to an increase in impaired driving." Despite the debate whether the Fourth of July or the Memorial Day weekends hold the title, December is designated as National Drunk and Drugged Driving Prevention Month. Because of the legalization of marijuana in many states and an increase in car crashes and fatalities caused by drivers under the influence of prescription drugs, and/or opioids, December now carries the all-inclusive moniker of National Impaired Driving Prevention Month

'Tis the season to be jolly usually translates into an increase in alcohol consumption and binge drinking. It's what we do. It's traditional. We do our most partying due to the holiday trifecta or the holiday three-peat starting with Thanksgiving in November, Christmas in December, and ending with New Year's in January. There's the usual annual office or company Christmas party to attend, not to mention the special event or party that you may be hosting, also. Then, there's your friends and relatives and friends of friends whose parties you've been invited to attend. At most, if not at all of these events, the alcohol will be overflowing and there will be plenty of folks drinking well beyond their limits. Excessive drinking and merriment go hand in hand. 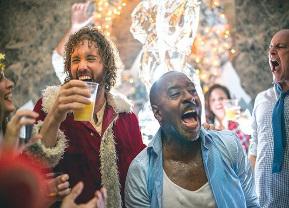 But, before you stagger away from the holiday party and start up the engine of your vehicle, we, at Mixin' Mimi Mixology ask that you drink responsibly. With that cute lil' cliché in mind . . . don't even think about getting behind the wheel of a motor vehicle if you've had too much to drink. Impaired drivers injure and kill themselves, their passengers, other drivers and their passengers, and maybe a passerby or two.

To curb this problem, many measures have been implemented to keep our highways and byways safe during this deadly time of the year. Right now, I'm sure you've probably seen and heard the assortment of advertisements, commercials, and public service announcements with their indelible slogans such as the classic one above and others like "Don't Wreck the Holidays", "Drive Sober Or Get Pulled Over", and the highly publicized "Buzzed Driving Is Drunk Driving", currently flooding the airways warning drivers about the dangers of impaired driving. ​

" . . . you could end up having your driver's license suspended or revoked or having an ignition interlock device installed in your vehicle."​

Sobriety checkpoints are routine during holiday weekends in most states. Many of us have probably driven into one of these traffic stops. If all is well, you're on your way in no time. If not, you just might find yourself locked up during the holidays or making trips back and forth to court as a result of driving while under the influence and/or while intoxicated. Consequently, you could end up having your driver's license suspended or revoked or having an ignition interlock device installed in your vehicle. These devices, which require drivers to take breathalyzer tests before and during their time behind the wheel are vastly becoming mandatory in every state for first-time offenders. ​

Here's What You Can Do​

Although alcohol intoxication is dependent upon one's gender, body weight, and metabolism, here are some tips to help mitigate the problem. First, don't drink on an empty stomach. Without something to absorb the alcohol, you will be toasted in record time. Second, pace yourself by spacing out your drinks in maybe half-hour to one hour increments. Drink water or non-alcoholic beverages in between. Take your time. Sip and savor your cocktail. One note of caution here—put the glass down. Studies have found that holding onto your drink will cause you to consume more. Don't top up. Finish your drink before getting another one. Topping up will cause you to lose track of your alcohol intake. Watch out for those sweet drinks, ladies. Sugar increases the rate of alcohol absorption into the bloodstream. Drink too many chocolate martinis and you'll be dancing with the tree topper on your head. And, if you're not planning on making Christmas party history, don't get involved in drinking games or drinking rounds of shots. Also, watch out for those red and blue Solo cups. Those babies are 18 ounces which is the equivalent of 1½ beers and 2–4 mixed drinks when filled with beer or your favorite mixed drink. Finally, drink or serve your guests cocktails with a low alcohol content.

"Whatever you do, don't start the car if you're not up to par."

Should all of the above fail, and you cannot walk, talk, think, or see straight—give the car keys to someone who can (that's if there's a designated driver in the group or someone sober enough to do the driving). Uber and Lyft ride-sharing apps are an excellent alternative. In fact, they are offering free and discounted rides for people who have had too much to drink at this year's holiday parties. Check out websites at www.surviveadui.com and www.SoberRide.com for details and app codes to take advantage of these offerings. I suggest you do some homework because many public transportation services (e.g., bus and subway companies) throughout the U.S. are offering free rides for holiday partygoers, especially on New Year's Eve and New Year's Day. Another option instead of drinking and/or drugging and driving would be to wait until you've sobered up. Or, maybe spend the night at your friend's or relative's place if that's feasible. Most people don't mind letting you hit the sofa when you've had too much to drink. Whatever you do, don't start the car if you're not up to par. Okay, that's an original one. I think it's kinda' catchy. 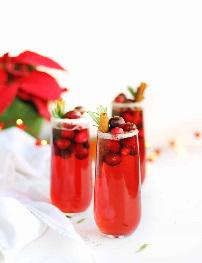 A few stats first. One 12-ounce beer contains about 4.5% to 6% alcohol (craft beers are slightly higher). A 5-ounce glass of wine is about 12% - 14.5% (depending on the type of wine). And 1.5 ounces of a shot of 80 proof alcohol is approximately 40%. I'm saying all of this because earlier I mentioned drinking or serving your guests holiday cocktails with a low alcohol content. To do that, you need to know what you're working with. 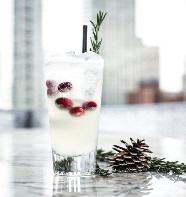 Sparkling wines such as Champagne, Prosecco, Asti, Cava or whatever brand you prefer are good alternatives since they contain over half the alcohol than hard liquor. Mixed with fruit juices like pomegranate or cranberry, and garnished with pomegranate seeds or cranberries, rimmed with sugar (try colored sugar), a sprig of rosemary and a cinnamon stick, and you've got yourself something tasty and festive like that red concoction pictured above. Minus the fruit juice and the cinnamon stick—you've got that sexy, clear concoction to your right. ​

Liqueurs, cordials, and Schnapps without the extra alcohol are another good choice if you're looking to scale back on the alcohol content. I say extra because these sweet, fruity, nutty or herbal spirits are made with alcohol. They're normally used in mixed drinks as flavor enhancers, but many of them can be served chilled or over ice. Grand Marnier, Bailey's Irish Cream (they have a line of flavors), Kahlua, Fireball, St-Germain, Frangelico, and Amaretto are all popular examples. Choose seasonal flavors like peppermint, chocolate, cinnamon, vanilla, or pumpkin spice. Be sure to check the alcohol by volume (ABV) content because although most of these spirits usually contain half the amount of hard liquor, some may have an alcohol percentage equivalent to a shot of whiskey.

You can create a multitude of low-alcohol content drinks by combing any of the above. Oh, and don't forget the apple cider and the egg nog. Experiment and see what you come up with. It's your party. If not, start with a sparkling wine and ask the bartender for a splash of your favorite fruit juice or liqueur or both. Also, for something not so boozy on one of those cold wintery days or nights, try adding a splash of peppermint and chocolate-flavored liqueur to your hot chocolate or coffee mug. Delicioso!

Until next year . . . serving the art you can taste.