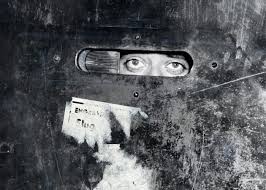 Did you know that the month of April is designated as National Poetry Month, National Pecan Month, National Soft Pretzel Month, National Autism Awareness Month, and National Cannabis Awareness Month, and the list goes on? For the month of April, I wanted to blog about something related to National monthly observances. Lucky for me, April is also National Jazz Appreciation Month—perfect! Why, you ask? Jazz music, speakeasies, and the Prohibition Era are all interrelated, compliments of the Volstead Act, most popularly known as the National Prohibition Act, the 18th Amendment signed by Congress on January 16, 1920. Mixin' Mimi . . . so what does all of this have to do with me getting my drink on . . . and why is it posted here in your blog? Good question.

For those of you unfamiliar with Prohibition, it was a time when the country went through a dry spell. Well, not literally dry in the sense that there was a drought throughout the land and people were dying of thirst. No, it was nothing like the Great Depression which came almost a decade later, where people literally starved to death due to a collapse in the economy. What I mean by "dry" in this instance—is that this Act prohibited the production, importation, transportation and sale of alcohol in America for a total of 13 years (hence, the name Prohibition Act/Era). Although federal law did not ban the private ownership and consumption of alcohol, many states made it illegal to possess alcohol—period! That meant, in some states, anyone caught drinking or selling alcohol was considered a criminal. Yes, grandma sipping her Irish coffee on a cold winter morning could be handcuffed and booked at the local precinct for consuming her seemingly innocent cup of coffee. Actually, it is part of the reason why, still today, your granddad, great-granddad or your Uncle Freddy keeps his Jack tucked away in a silver or gold flask in his back pocket (or maybe his suit pocket). The point that I am trying to make here, is that the sale and consumption of alcohol had to go underground. In order to get a "nip" (as old folks call it), people had to be very secretive.

Back then, establishments that sold the illicit alcoholic beverages were called speakeasies. Today, they are our bars, taverns, saloons, and nightclubs. They got their nickname from the patrons who had to whisper a secret code, or "speak easy" in public about their locations, in order to gain entry into those clandestine establishments. New York's Cotton Club and the Stork Club were very popular, upscale speakeasies during that time. Chicago had its share of underground speakeasies, also. Speakeasies could be found any and everywhere like back rooms of legitimate businesses, cellars and attics of someone's home, you name it. It was the bootlegger (no, not the one illegally copying and selling DVDs or CDs) who provided the "bathtub gin" or the "moonshine" that was sold at these speakeasies. Gin was the chosen brand of alcohol because it didn't take so long to age. Unfortunately, this ban on alcohol caused more problems than what it was supposed to solve. Some of those homemade brews were so badly tainted that they were known to cause death. Also, it opened the door for gangsters and organized crime, who practically stepped in and controlled the bootleg liquor business.

Along with the speakeasies came jazz music. There's something about drinking and music that just seems to go hand in hand. I guess, 'cause it adds to the atmosphere (or ambiance, if you're classy ☺). While people drank their illicit brews, they were entertained by some of jazz's greats like Duke Ellington, Ella Fitzgerald, Louis Armstrong, Count Bassie, and Lena Horne, just to name a few, who made New York's Cotton Club their home. Believe or not, jazz music was stigmatized just like today's rap music. Given the element of sophistication that is associated with jazz music today, it is hard to believe that it was once considered "the Devil's music". Because women, known as "flappers", shorten their skirts, bobbed their hair, smoked cigarettes, and drank in public—jazz music was blamed as the influence of evil in the society during the 1920s. But, it was jazz music that provided the soundtrack for the "Roaring Twenties". Was it the roar of the trumpets and trombones that gave it that name? Hmmmm. . . You'll have to do your own research to answer that question.

Tell you what . . . I'mma end it here. Jazz music has such a rich and fascinating history that it's difficult to try to squeeze just some of the highlights into one blog post. However, in honor of National Jazz Appreciation Month, the next time you're at a bar, order up a Gin Rickey (gin or bourbon, freshly squeezed lime juice, topped with club soda), a Bee's Knees (gin, honey, lemon and orange juice), a Sidecar (gin or bourbon, triple sec, and lemon juice), or the South Side Fizz (gin, lemon juice, club soda, mint and simple syrup), the drink linked to Chicago's South Side that was popular among Al Capone and his crew. Until next time . . . serving the art you can taste.